Is this the end of Entrepreneurs' Relief?

Stuart Crook FCA on how the Entrepreneurs' Relief has come under attack, what the next elected government might do, and how to plan for it.

The entrepreneurs' tax break is under attack!

Sir Edward Troup, former executive chair of HM Revenue & Customs (HMRC), has called on the government to scrap Entrepreneurs' Relief. His request was reiterated by the Institute for Fiscal Studies with their research suggesting it has turned into another tax scam.

Known as one of the most generous reliefs offered in the world, this tax break is said to cost the government £2.4bn in uncollected revenue every year. The primary criticism is it encourages unintended people to pay themselves through a company thereby reducing their exposure to taxation on their earnings.

In this blog post we explore the key things you need to know and consider:

1. What Entrepreneurs' Relief is

2. The pros and cons of this tax incentive

4. Tax planning if the scheme is altered or scrapped

What is Entrepreneurs’ Relief?

Entrepreneurs' relief (ER) is a UK tax scheme designed to incentivise people to grow a business. It works by reducing Capital Gains Tax (CGT) to a flat rate of 10%, rather than the higher rate 20%, on the first £10m of gains from selling a company.

The 10% rate is applied regardless of your income level. There is no limit to how many times you can claim within the £10m lifetime allowance. ER is subject to the following conditions:

Over the years there have been numerous legal cases that have impacted upon these conditions.  Therefore a rigorous review of your qualification for the relief is advised.

ER was introduced in 2008 by then Chancellor, Gordon Brown with the aim of helping turn the UK into the European centre for entrepreneurship. The thinking was that by providing such a generous relief, business owners who sell up would then likely make use of the proceeds by reinvesting that money into other start-ups and growing, early stage businesses.

The criticisms of ER, a tax dodge?

The criticism of ER is that it's used by many in a manner that makes it inappropriate to its stated ambition and current form. The relief makes it possible to work as a contractor and generate your earnings off payroll by operating through a limited company. You can then take your money out in a tax efficient manner through the use of dividends. When you eventually dissolve the company, you can claim ER on any capital remaining within the entity.

The issue with this for the government is that ER was designed to benefit entrepreneurs who produced businesses that could scale-up, as opposed to personal service vehicles that can be exploited to reduce the tax bills of the self-employed.

Tax breaks such as the Seed Enterprise Investment Scheme (SEIS) and Enterprise Investment Scheme (EIS) are obviously beneficial to SMEs because they help entrepreneurs gain access to much needed funding which can be hard to come by. However, it's not clear from any data if there's sufficient creation of extra businesses and jobs as a result of ER to justify it's cost to HMRC.

In defence of ER

Starting a business is often a very difficult and challenging journey. There has to be sufficient incentive to encourage would be tycoons to undertake what represents a significant personal, financial risk. It's an arduous and sometimes lonely existence.

Why then shouldn't there be ample reward for those who dedicate so much effort to wealth creation and socially useful activities? Tax breaks simply encourage people to commit to such ventures.

ER isn't that different to other reliefs whereby they've been manipulated to help reduce others tax liabilities. Rules can always be tightened to prevent exploitation. Otherwise the argument would apply to suggest all the other tax breaks be scrapped.

Since the introduction of ER, the UK has witnessed a booming start-up culture. The number of companies on the UK register (at Companies House) increased 62% in just under a decade. Combined with the other breaks such as R&D tax credits, the patent box, and SEIS & EIS, ER has helped make the UK one of the major destinations for entrepreneurs looking to start out.

Given we stand at a near record level of employment with so many new businesses, why scrap it?

In their 2019 election manifesto, the Conservative party proposed to review the relief. In line with the critical observations mentioned earlier in this post, they stated that there are aspects of ER that don't achieve on what was originally intended. That would suggest we can perhaps expect some sort of reform. Or can we?

The Labour party on the other hand proposed to scrap ER and then align the rates of income tax and CGT. Given the weight of the voices criticising this relief and the calls for it to go, might this yet become a reality? If that were to happen then according to MoneyWeek this would mean that selling a business would be likely to result in a 50% tax rate. That represents a five fold increase on the existing tax rate when making use of ER.

What this means - tax planning

If you have plans to sell a business that you have built up, these announcements leave you with a potentially limited amount of time in which to achieve the disposal and make use of the relief.  The situation will likely remain unclear until the Chancellor's Budget announcement on Wednesday 11 March 2020.

Depending on your circumstances, you may also be able to defer a CGT charge if the proceeds are re-invested in new business assets, known as rollover relief. Another scenario where CGT is put off is where business assets are transferred to a spouse or civil partner instead of being sold, known as hold-over relief.

Whatever the election result, it seems likely that the days of making use of ER for personal service vehicles could be numbered. If you're selling up, operating as a contractor, or have money sitting in your business then you'll need to act soon.

How to claim ER on self assessment

Currently ER can be claimed in company's that will cease trading and dissolve so long as there is adherence to the following:

Whichever scenario is applicable, be sure to talk to your accountant about the various tax options available to you. Remember to claim ER you have to do so in the 31 January tax return submission, for the year following the disposal of your shares. 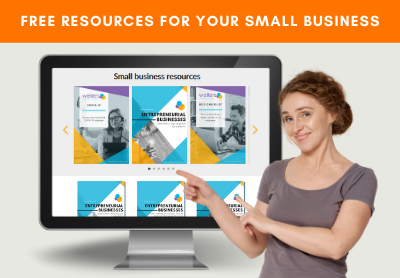