The implications of the general election on your wealth

Well that was a surprise! Or, was it? Perhaps we should have trusted the historical statistics that pointed to general elections being decided by how well the economy is doing. All the talk since Thursday’s results has revolved around the future of Scotland and the Union, Europe, new opposition leaders, the cabinet reshuffle and jokes about the exact location of Ed Miliband’s pledge stone #EdStone (even Moses didn’t sign his).

Amid all the drama of potential coalitions and rule by minority government, how much did you pick up from the Conservative party manifesto? Just as important, what did it not say? With that in mind we have put together this post to help enlighten you. The promises we think the government can uphold as well as the ones we’re a bit dubious about, and what the implications of the general election means for your wealth.

The state of the country’s finances

In a previous post, how well are HMRC doing in light of the HSBC tax avoidance scandal, we assessed the state of the nation’s finances. It made for sombre reading. To recap:

That last bullet is particularly concerning; it means every year we have to set aside £50bn in the budget just to pay the interest bill to our creditors. The consequence is the government's finances will be very limited over the course of the next 5 years. The Conservatives have pledged to balance the budget and produce a surplus by 2018/19. Whilst the aim is good in terms of eliminating the deficit it also means we won’t actually start paying down our debt until the 2018/19 tax year.

The concern here is two fold. Firstly, the debt burden and restrictions this places on future generations to fund spending today. Secondly and equally worrying, high interest payments leave the government with little leeway to intervene should the economy suffer another downturn. 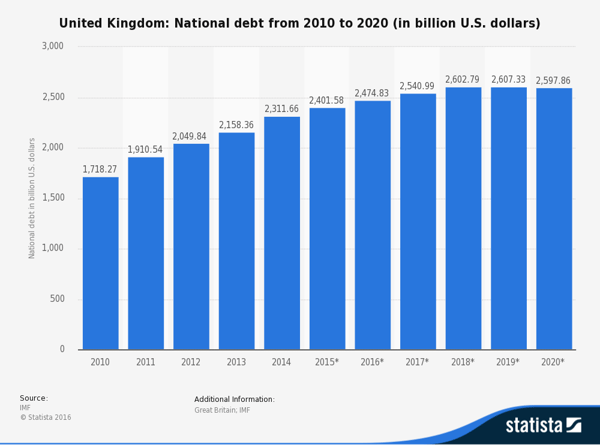 The new government has committed to cutting overall taxes by £100m. At the same time it hopes to raise £5bn from HMRC’s anti-tax evasion measures. Not only have these not been specified but given HMRC’s record on estimations of evasion compared to what has been recouped historically, we’d treat that figure with a reasonably healthy degree of scepticism.

Intriguingly, in the lead up to the general election David Cameron made a promise not to raise income tax, VAT or national insurance. Again this could be quite restrictive in terms of policy options in the event of significant economic change as a result of the trade cycle.

Income tax rates will remain the same and the conservatives pledged to cut overall taxes by £100m. On the face of it, that could be good news for your money and wealth. Here’s how it is likely to pan out:

However, what the Chancellor gives with one hand he may end up taking with another. If you’re a high earner your pension appears to be in Osborne’s sights. The Tories policy is to reduce gradually the amount you can contribute to your pension pot if you're a high earner. Should you earn above £150,000 then the amount you can put in your pension will reduce by £5,000 for every extra £10,000 you earn. Then if you earn £210,000 or above, your contribution will be limited to £10,000 per year.

Spending on areas such as schools, the NHS and foreign aid have been protected from any austerity measures. Consequently we’re looking at a £30bn reduction in spending for various government departments (as yet unidentified) and £12bn in social security budget cuts. 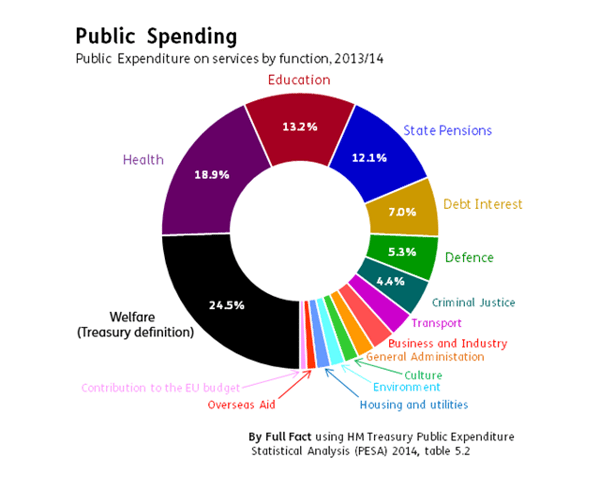 Call us cynical but we suspect the government is likely to implement these difficult measures early in the term, getting rid of the pain in the first half of the parliament to improve their chances come the next election in 2020. That represents potentially very significant spending cuts in a short space of time. It makes us wonder if ring fenced areas do in fact end up being cut or, the Exchequer goes on to miss the deficit target once again.

House prices, the cost of housing, rent controls and energy bills all featured prominently in the  general election campaign. We’ve already mentioned likely inheritance tax changes which will be directly applicable to residences under £1m. However, the Conservatives are also wanting to extend right to buy to housing association properties.

Housing associations are private, non-profit making organisations that provide low-cost social housing for people in need of a home. The new policy is expected to see tens of thousands of tenants every year take up a discount on buying one of these properties. The cost for the tenant will be capped at just over £102,700 in London and £77,000 for the rest of England.

Whilst clearly an aspirational based policy , one significant criticism is it invades private property rights to the extent that it has been claimed that this may not be legal. Another accusation is these kinds of policies may make the hosing crisis worse, not better.

It is difficult to see how the current proposals actually tackle the dysfunctionality of the market. Supply is the main area to solve and that requires significant change in terms of planning policies, the green belt, the tax treatment of property and monetary policy to name a few.

As the IFS pointed out in its manifesto analysis during the general election campaign, Britain is still heavily indebted. Whilst some progress was made under the coalition, borrowing needs to be reduced further making this next parliamentary term the hard part of Osborne's austerity drive. The IFS was critical of the tax and spending plans detailed by all the major parties. Its stark warning was no matter who obtained power; most people will see tax and benefit changes that reduce their income.

The Conservatives may have emphasised that much of the burden will fall under spending cuts but they haven’t given much indication as to exactly where this will happen. Be warned therefore, stealth tax rises could be in the offering. For example, the inheritance tax threshold may increase to £1m but what about the 40% rate? Might that increase as well?

We also wouldn’t recommend hoping that a suppression of tax cheats will yield a significant sum of money that fills the void. The IFS backed this up by pointing out that the parties plans to extract a huge amount of money by clamping down on tax evasion/avoidance was on the assumption that it had been “mysteriously missed” in all previous clampdowns.

In short, eliminating the deficit and beginning to pay down the national debt remain the priorities. Such is the scale of this issue that the government's options in terms of policies and giveaways are extremely limited. Any generous provisions in one area must be funded with significant implications elsewhere. It's a sobering thought. Don't expect a significant improvement in your wealth as a result of government policy any time soon.