Why you need to complete your online tax return accurately

Edward Parker FCCA explains why you need to fill out your tax return accurately and promptly in light of HMRC's escalating authority.

You may have heard or seen the adverts reminding people to file their online tax return on time or the more sinister ones warning tax avoiders that they’re, "closing in on undeclared income". In the past people could have been forgiven for thinking these were idle threats and that it was impossible for HMRC to precisely track every single inaccurate return or instance of tax evasion. Surely time and resource means they’d only go after the big “high value” cases, wouldn’t they?

Time to think again! In the last few years HMRC has taken an increasingly pro-active approach because the tools they have at their disposal have become even more sophisticated and powerful. Being tax return season, it has never been more important to declare all your income streams and do so accurately before the 31 January deadline.

With more than 3,000 tax investigators in employment, the taxman has become increasingly aggressive of late. HMRC is more likely than ever to know if you have undeclared income. Let's take a look at the muscle flexing capabilities the Revenue has developed in the war on tax avoidance:

A number of campaigns against specific industry groups, such as health and well being professionals and buy-to-let property landlords, have been launched by HMRC in recent years. The associated advertising campaigns have been interpreted as bullish however, this ties in with HMRC's viewpoint of the importance of the message being understood.

Commonly it has been observed that tax avoidance issues are usually a result of a lack of awareness or education about the law as opposed to purposeful exploitation. 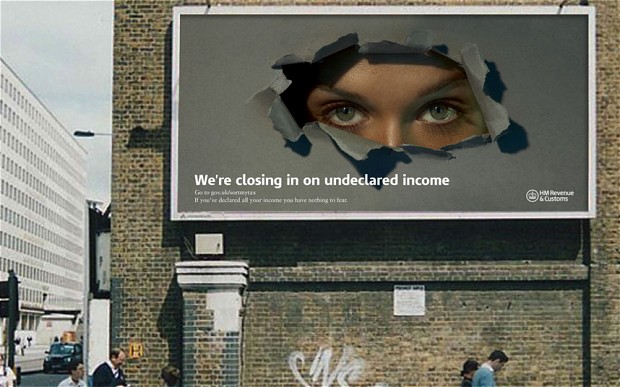 Last year new systems implemented by HMRC included the prevention of allowing people to clear their names before any kind of formal investigation is launched and the introduction of 'accelerated payment' rules which allow the enforcement of the payment of debt before a case can be heard in court. Further far reaching investigatory methods mean there will be a significant increase in the number of prosecutions for tax avoidance.

Statutory powers gained through legislation such as the Freedom of Information Act 2000 enable HMRC to demand from a tenant how much rent they are paying and to whom they are paying it; aimed at finding tax avoidance in the buy to let sector.

Web trawling software can now highlight your internet based trading, using eBay for example to identify if you have a higher income than declared. Meanwhile your Facebook and Twitter feeds can be examined for high end purchases which could indicate a lifestyle that does not marry with what you submitted to HMRC.

The Google Street View tool available to all web consumers is also being used by investigators to virtually visit your place of abode and compare actual lifestyle with what is suggested in declared income. Major home improvements or a fleet of super cars can paint a very different picture to what has been documented on tax returns. However, one issue for the revenue is that this source is not updated very frequently so what appears on screen can end up being very different to your real circumstances.

The most significant technological advancement for HMRC came in 2009 when an £80m state of the art computer based analytical system called Connect was introduced. Connect carries out all of the preliminary review work in seconds; previously this would have taken months if not years of manual research.

The system has access to 28 data sources from various organisations such as the benefits agency, offshore banks and Companies House (it's rumoured that the system holds more data than even the British Library). It then makes the necessary comparisons against your self-assessment form alerting investigators when a tax return is missing but should have been made. Connect is advanced enough to provide a spider diagram illustrating your assets such as property addresses and companies.

Connect also provides access to a desktop platform called the Integrated Compliance Environment (ICE), a graphical tool that enables investigators to piece together information around entities to establish a financial overview of you as a tax payer. A group of statisticians and analysts use the Analytical Compliance Environment (ACE) to assess large volumes of data and understand behavioural patterns of tax payers in different sectors. The result is what would have taken a very significant amount of manpower and time to investigate and assimilate is now completed within the space of a few hours.

The government's investment in this software appears to be bearing fruit as the percentage of cases brought to the attention of investigators increased from 62% in 2011/12 to 77% in 2012/13. HMRC are expected to continue to develop the system, buying in additional data where necessary. A potential source could be airline passenger information, allowing them to establish how long you're spending in one place and the calibre of holidays you're taking. 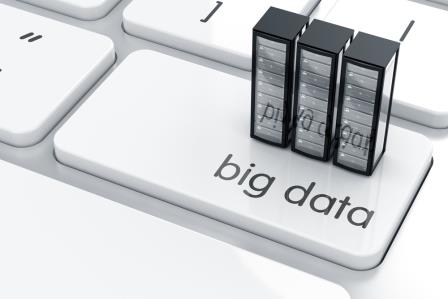 In addition to all of this the proposed 'Direct Recovery of Debts' scheme (scheduled to come into operation 2015/16), will allow HMRC to take money directly from your bank account if you have a tax debt of over £1,000 to pay. Consultation has so far suggested that this will only be used as a final resort but it's another move that will further empower the revenue in its efforts to crackdown on tax avoidance.

The evidence is clear, your tax affairs are more transparent than ever before. HMRC's investigatory power has never been as far reaching. This all highlights the need to get your tax affairs in good order through considered planning that identifies efficiencies and ensures you don’t pay any more tax than you legally should. Taxation can be a very complex matter so consider seeking professional advice as it could save you significant time, money and hassle.