In October this year the National Minimum Wage (adult rate) is set to rise by 3% from £6.31 to £6.50. This will be of significant concern to the hospitality trade which traditionally has employed workers at the lower end of the pay scale. The Low Pay Commission estimates that 298,000 hospitality workers are on the minimum wage which is around 15-20% of the total workforce.

While not all of these workers will be paid the adult rate, hospitality operators will be concerned particularly as payroll costs amount to 23% of total turnover in London hotels, 27% in England, 33% in Scotland and for restaurants the figure is an eye watering 40%. Assuming a 40 hour week, the 12p rise (per hour) alone will cost £100m. While the government have produced various initiatives to offset such costs, the reality is only a rise in labour productivity will sustain profitability.

The hospitality sector benefited from the recession

In some ways the great recession which started in 2008 actually benefitted the hospitality sector. For many years now wages have been held back as the downturn led to low and in many instances, non-existent wage increases in real terms. Also, in recent years there has been a large influx of foreign workers, particularly from Eastern Europe, many of whom gravitated to lower-paid jobs in the hospitality industry.

Then factor in the increasing use and acceptance of zero hours contracts, and you had a reduced pressure on hospitality operator payrolls at a time when other costs including food, energy and utilities were rising to levels never seen before. 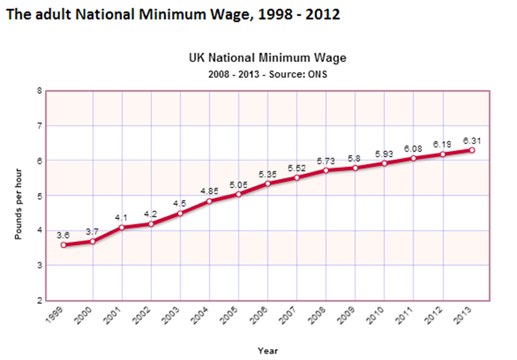 This was critical in helping many businesses survive in the industry. However, all good things come to an end. While the last decade has seen anaemic real wage growth combined with high inflation, there are already some members of the Bank of England’s monetary policy committee who see this trend reversing. This means employers aren’t just facing an imminent rise in the national minimum wage; they also need to be prepared for wages rising across all levels of the workforce at some stage in the future.

It doesn’t end there either. The government have recently introduced auto enrolment whereby employers have a legal duty to automatically enrol certain members of staff into a pension scheme and make contributions towards it. This is estimated to cost up to 3% of the annual payroll in employer contributions and one medium-sized hotel business is forecasting a £60,000 hit.

This has come off the back of RTI (Real Time Information) where many employers have had to change their payroll systems to report to HM Revenue & Customs in real time when employees are paid on pay day instead of just once a year.

The limitations of government initiatives

The government could claim that its newly introduced Employment Allowance will bring business costs down by cutting back on employers’ National Insurance (NI). The initiative was to incentivise small organisations to take on their first employee or recruit more staff by reducing their Employer’s Class 1 National Insurance Contributions (NICs) by up to £2,000 a year. However, to get the full amount your employees must be earning enough to require NI contributions.

Employer NI for an employee on the national minimum wage, around £12,500 full time, is about £600. So the business would need to have 3 or 4 employees to claim the full £2,000. Alternatively a business paying £1,500 for an employee earning £20,000 would have to employ someone else on the national minimum wage to claim the full allowance. This means some businesses might not have enough NI payments to gain the full £2,000, particularly if they employ only part-time staff.

It all comes down to a question of productivity

Generally hospitality operators have held prices back due to customer resistance and the financial strains on consumers. It means the industry has only one choice of raising productivity in order to maintain profitability. The problem is productivity in the hospitality sector has always lagged behind other sectors in the UK economy. In 2010, People 1st estimated that it was 60% of the national average. Why is this? Part time working and low skill levels are factors but high staff turnover, low pay and poor supervision and management also contribute. 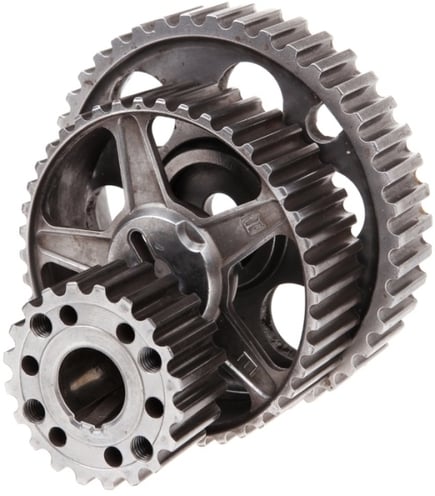 To achieve greater efficiency businesses need to upskill their employees by optimising their talents and abilities. Over 20% of employers report skills gaps yet many hospitality proprietors fail to realise that only by training their staff can they add value to their organisations through improved sales because it is these people who are out front creating the customer experience.

Greater skills training would lead to significant improvements in systems and technologies productivity. Also more effective management and supervision would enable staff to achieve better results. However, high levels of staff turnover remain because this is lacking. Only better productivity will enable hospitality businesses to meet higher wage costs effectively.

This blog post is an extract from an article written by Bob Cotton that appeared in Hospitality Digest 2014, a publication by the Institute of Hospitality.