Fear not! UK exit in EU referendum means remain in the EU - for now

Kathleen Parker FCCA on why the UK's vote for Brexit in the EU referendum still means remain in the short term.

Whilst the press and headlines continue to scream uncertainty over the Brexit result in the UK EU referendum, we should all realise that in the short term very little actually changes. Sure there has been volatility regarding the pound, stock markets and a raft of political resignations. However, it seems from this statement by Mark Carney as if the Bank of England was well prepared for this. In terms of how the political system operates and doing trade it’s actually a case of as you were.


Why voting Brexit means remain in the immediate future

Given all the EU rules, regulations, directives and complex human relationships spanning from that – the implementation of any Brexit is likely to be a slow and protracted affair.

To leave the government will have to invoke Article 50 of the Lisbon Treaty. This then provides us with a two year period to negotiate with the EU over the terms of our exit. Specifically think trade and tariffs as well as the status of UK citizens living in EU countries to name a few. During that time existing EU rules will continue to apply and we should add that these negotiations don’t have to be entered into immediately.

So there's likely to be something of a gap between the referendum result and actually entering any period of dialogue, especially as the Conservative party will have to select a new leader. That process will result in plenty of debate and it will take time but we know that a new Prime Minister will be in place by 9 September 2016.

Such a turn of events may appear to add to the apparent instability however, it will allow for politicians, civil servants and business leaders to formulate their vision of what the UK should potentially look like post EU membership. Expect a great deal of pre Article 50 debate. Some are even questioning whether the next Prime Minister will have the stomach or even need to invoke Article 50 given the volatile nature of financial markets and open discussions among EU leaders since the result.

What happens after that?

It’s very difficult to say at this stage what will happen concerning any potential negotiations with the EU over the next few years. One possible option could be an act of Parliament somewhere down the line that first makes all EU law, UK law. Alterations could then be made from there with all relevant industries having input as to what they would like to keep from the existing arrangement.

Let’s also be clear, no one wants a trade war. That wouldn’t be in any country’s interests in spite of all the posturing by various EU politicians. Also don’t forget the UK is a member of the World Trade Organisation and this forbids members from the use of punitive tariffs. That would suggest that in the event of the worst case negotiation scenario, we would have to adhere to the same tariff as non-EU members. Hardly excessive. 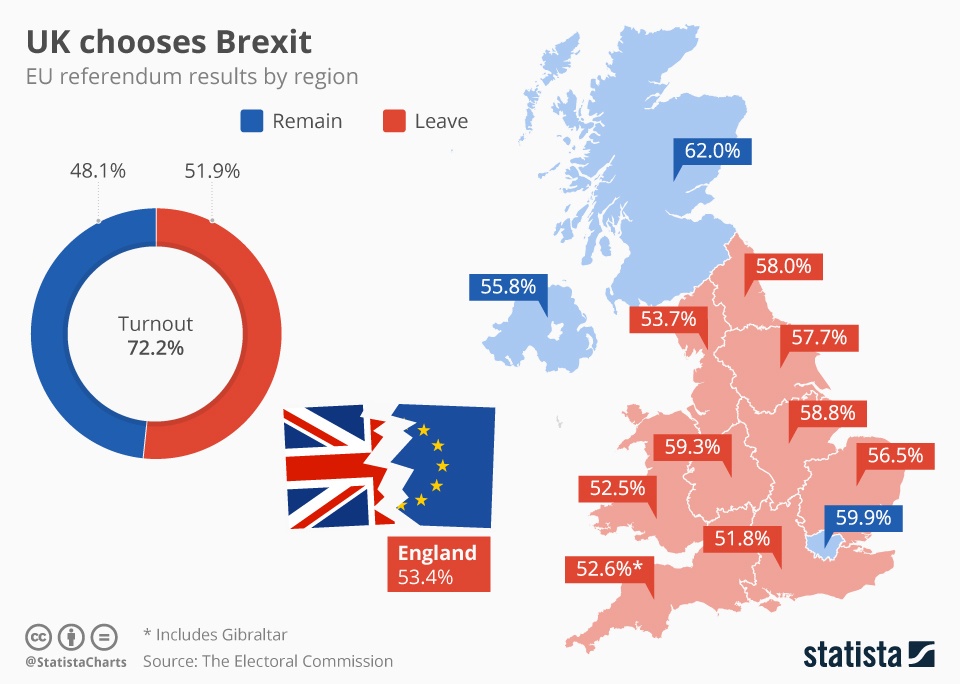 Keep calm and carry on

Our message is one of calm. Voting Brexit means in the immediate future we have remain. By and large that is business as usual.

Consider this, somewhat ironically, the sovereign power of Parliament means the referendum result isn’t legally binding. The government doesn’t actually have to invoke Article 50. Furthermore the result may force serious questions of the EU from other member states. This too could potentially lead to genuine reform. It’s not implausible that in years to come we may find ourselves voting in another referendum on a completely different proposal for some form of European membership.

Who knows, perhaps the basis of this will be through a Federation rather than the current political union? Could it be an economic federation operating alongside other members who are part of the European Union - a two tier Europe? Amongst all the speculation and uncertainty, one thing does appear clear, our relationship with the EU is going to have undergo some significant change in the future. We live in interesting times.