Revealing how to plan & recruit for hospitality staff after Brexit

Matthew Wyatt explains the staffing challenges posed by Brexit and some potential solutions for the hospitality trade.

Every week the politics of Brexit creates a plethora of alarming headlines. The reality is the business world is preparing and attempting to come to terms with what the world of trade might look like outside of the EU. For the hospitality industry there are clear potential ramifications from this, the chief of which is the supply of labour as well as staff retention to deliver growth.

Every year Wellers hold a roundtable lunch for the proprietors of independent hospitality businesses. The latest one took place at Rhodes House in Oxford and focused on Brexit and what it's likely to mean for obtaining quality hospitality staff. Bob Cotton (former Chair of the British Hospitality Association) chaired the discussion while other guests included Kate Nicholls of the ALMR and John Hyde from Hospitality Industry Training.

The following blog is a summary of the discussions and key things operators should look to implement as part of their staff recruitment and retention strategies.

An over reliance on cheap, EU migrant workers

According to an ALMR survey for eating and drinking out, 47% of the hospitality workforce is made up of foreign nationals (non-UK). That number is split equally between EU and non-EU. In the South East and big metropolitan areas the number rises to around 70-80%. London businesses are at around 85% and that will be similar in Oxford.

This means the supply of labour is likely to be the greatest single challenge facing the industry. For many operators most of their full time staff are not from the UK. They’re Spanish, Italians and French among many others. Wages aren’t high but the challenge is trying to get local people to take over the space that EU immigrants may end up leaving.

What happens to an independent chain for example if they loose 30-40 very well trained staff? How do they plug the gap? A post Brexit world means staff will now become a core focus as labour could become a lot more scarce. Businesses that recognise that immediately will be the ones more likely to succeed.

It will be about how you recruit, retain, motivate and train your staff that will be the hallmarks of a successful operation. Brexit will force employers to put people back at the forefront of their agenda. The problem facing the trade is it's competing with many other sectors for the limited pool of young UK talent. 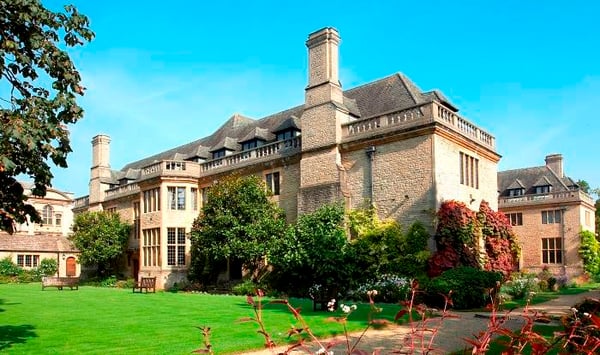 What will potentially happen to existing EU workers?

If they’ve been in the UK for 3 years then there is another mechanism in terms of sponsorship at a cost of £2k but this is for imported, skilled workers only. For hospitality, the only people likely to be on that list are Chefs earning more then £35k. The number of workers in the industry that this sponsorship will apply to is likely to be relatively small. Restaurants providing ethnic specialty foods will however, face a challenge on such a basis.

The Conservative party pledged to guarantee the rights of EU workers who were already here. Come 29 March 2019 when we may be out of the EU, operators shouldn’t potentially be faced with a significant chunk of their EU staff being forced to leave the country. Of note negotiations haven't finalised yet what the exact cut off date for staying would be.

Another interesting point from the Conservative Manifesto was their desire for a trade deal that is as close as possible as a country can get to being in the customs union and single market. That arrangement, if it can be achieved, most likely wouldn't mean tight restrictions on workers coming into and out of the UK!

Regardless of the deal the government come to (or otherwise) with the EU, John Hyde explained that operators can plan and should implement initiatives to engage with local communities so as to nurture the next generation of potential employees. Think partnering with local schools and developing relationships with teachers responsible for careers advice.

Maybe get the careers advisor over for a meal and let them see your operations and what the work actually entails. As part of this proprietors could consider: 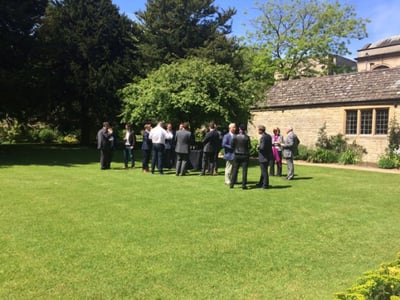 This might just yield 1 or 2 new employees a year but the key is to ensure recruitment goes out through any local staff that you have. They may have relatives, friends or contacts looking to start and possibly get into the sector.

For local people, consider how flexible you can be to get on board either Mother’s finishing maternity or, housewives looking to return to some form of work. Such initiatives take time and hard work but in a service industry recruiting the best people is absolutely essential!

A route to moving away from the reliance on EU migrant labour and finding the right fit of British employee is to engage in an apprenticeship scheme. Admittedly the rules for these have changed so many times that small businesses could be forgiven for giving up on such initiatives.

While there are a lot of streams available to train staff, it shouldn't be forgotten that these are tax funded in the form of the apprenticeship levy. The government will allow you to have 90% free of charge any training you want once you’ve spent your levy up. This means if a Commis Chef costs £9k, so long as you’ve paid up all your levy, the government will cover most of the cost so that you only pay £900. 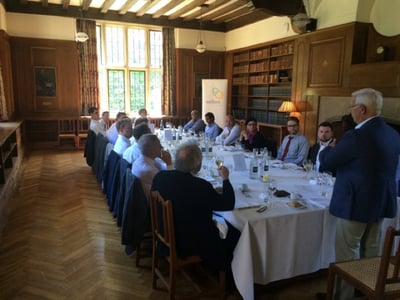 Unfortunately other sectors have been better and smarter at using such initiatives compared to the hospitality industry. Crucially apprenticeships can be used for any skill level! So those with degrees and other qualifications aren't barred from the funding. They key is the apprentice doesn't have a qualification in what they’re going to work in. An apprenticeship can be for marketing, legal or finance for example.

Ultimately, it's the job of business owners to develop their people.

British born youngsters, where do you find people with the right attitude?

The problem so many operators find is that the British born youngsters aren’t keen on front of house and other grafting tasks such as cleaning. Many operators relayed their experiences in terms of the unreliability of the British people they've hired historically.

Many cited apprentices that did around 9 months training and then suddenly didn't show up at work. It’s reasonably alright when you pay for just 10% of the training but it really hurts when it's funded out of the businesses own pocket.

Another common issue is the struggle to find Chefs and train them. As a solution operators might want to look longer term at workers from the old Commonwealth network of countries and even America and South Africa? There is a terrific source of skilled chefs to be had from those countries  and accessing them might become easier post Brexit?

Any controlled immigration with numbers down from the EU will have to see shortfalls made up elsewhere. It has been suggested there should be a return to the old guest worker permit that we had for Commonwealth countries whereby they could come here for two years and then leave at the end of that period. Proprietors should perhaps watch that space carefully.

Why have immigrants proven to be better than British workers?

Attendees describes how issues with British born children arise from a combination of parenting and education. In their experience there is nothing as motivated as a migrant worker who is sending money back to their family. History has shown that economies are built in part on migrant workers.

Immigrants have get up and go, they have left a country to find work, they have drive and purpose for being there even when it’s not their first language. That’s a big difference. Many operators find that today's youngsters just don’t have that same fire in their belly meaning motivating people is a large part of employment.

There are of course plenty of motivated people born in this country. The problem the sector has experienced is that most of them will either find work in other industries very quickly or, leave for another country. It means employers need to create hope first and foremost at an early stage in schools and local communities.

Another key difference is immigrants tend to excel at front of house service and are motivated because in their culture they see a career path in it. They see hope in their role. The hospitality trade therefore must move away from the depression of costs.

It's a case of manage, motivate, encourage and develop. That has to be the core of staff relations moving forward. Furthermore perception of the industry needs to be looked at to get the right calibre of people on board. Strange as it may seem, Proprietors need to work on developing a career path for employees.

The government’s role in this must be to encourage businesses to invest. Shared ownership akin to that offered by Peach Pubs is a solution especially for those who want to run their own business one day. A bonus scheme for example can be used as a potential mechanism for employees to invest in the business in the form of acquiring shares.

Many operators may well find that given the trend of entrepreneurialism engulfing the country, the next generation are likely to want some skin in the game. So as a final takeaway, consider building your business in a manner whereby your employees will share in its success.

What's your opinion? Do share with us your constructive thoughts and ideas in the comments section below.