Edward Parker FCCA looks at examples where HRMC have disputed successfully people's claims of losses in an attempt to reduce their taxable gains.

The eligibility of tax relief on trading losses in your business, otherwise known as claims for losses, is an area that's coming under greater scrutiny from HMRC. This is especially the case when a taxpayer wants to offset those losses against the tax on other income.

These claims are no longer being accepted unchallenged. It's known as “sideways relief” and is something that has already been specifically restricted. HMRC now need evidence of growing businesses making a profit in the first five years, although this period is set at slightly longer for some agricultural based trades. It is not just the requirement to make a profit but the need to illustrate that your plans indicate that a profit is forecasted.

To counter these arguments it is important to have a meticulous business plan from the outset. That then means if your case is reviewed by HMRC, there is clear evidence pointing to the intention to make a profit. This business plan must be reviewed and updated on a regular basis to account for actual performance.

What you can learn from recent cases

Some equine cases, an area of trade which has caught the interest of HMRC, illustrate the finer details of this difficult area. The key principles we can learn from these cases apply across all industries when considering they're suitability for making claims for losses.

1. Declare your business to HMRC

The tax payer thought that despite making the losses, he would ultimately be able to make the business profitable, regardless of the problems associated with horse breeding; such as high infrastructure costs and difficulties in achieving profit targets.

Unfortunately for him, the tribunal saw this as flawed logic and declared that the losses were not allowable to offset against other income as he was contravening the Income Tax Act, s 66 - the business was not commercial. The judge held that although when the business was started there was a reasonable expectation of profit, the economic downturn, high overheads, continuous losses and lack of income made the commercial aspects of the trade difficult to prove.

Here are some lessons you can take from this: 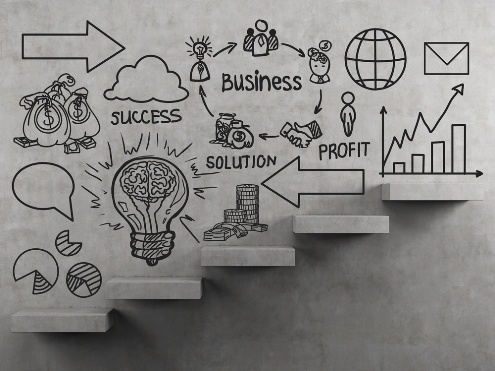 Thorne (TC3851), a horse breeder, was brought to tribunal as in her 2007/08 tax return she changed her trade from ‘equestrian breeder’ to ‘equestrian breeder and farmer’ and claimed sideways loss relief on £79,424 of losses. The farming part of the trade was based solely on a new asparagus farm and therefore nothing to do with the horse breeding previously carried on.

HMRC argued that both ventures should be considered together as legally they weren't separate businesses and they hadn't been included in the same self-employment return. It was argued that the horse breeding was merely a hobby as it had not been carried out on a commercial basis with a view to making a profit, and that the tax payer was just an amateur and therefore beyond the scope of the UK tax system. The asparagus business could not expect to make a profit as it would take three years from planting to harvest the first crop.

From this case you can see that:

Interestingly the farming case of Robins (TC2902) emphasises the need to quantify your loss. A calculation must be included with the claim. In this particular instance the taxpayer's advisor had written to HMRC in January 2012 to say that the taxpayer would be setting the current years losses against the previous years profits. He would therefore not be paying the tax due on 31 January that year.

However, HMRC imposed the late payment penalty because there was a lack of clarity and the letter was not valid within the meaning of the Taxes Management Act 1970, s 42(1A) - the losses were not quantified. If they had been, the letter would have been enough for the tax due to be cancelled.

In McMorris (TC4204) the taxpayer had a half share in a racehorse, but the arrangements made around this were informal. To start with the horse was a success but a year down the line there was a reversal of fortune and the horse was sold for £1,000. In the taxpayers 2010/11 tax return his trade was described as ‘racehorse’ and he claimed a loss.

HMRC refused the claim. The ownership of the racehorse was deemed to be a hobby, not a trade and the taxpayer was declared as ‘clearly deriving pleasure’ from the ownership. Other factors showing the horse to be a hobby rather than a commercial entity included:

This case illustrates that:

The badges of trade

There are 9 badges of trade that have been established through case law. They are used to determine whether or not a person is trading and their tax treatment accordingly. Here’s what you need to consider:

Whether you’re an early stage business or a well established entity, there are many lessons to be learnt from these examples. You’ll need to follow protocol carefully should the need arise to make a tax relief claim for a loss. Given the need to reduce the deficit and the corresponding pressure on tax revenues, HMRC are likely to continue investigating all claims. Be certain to collate the necessary evidence to give yourself the best chance of a successful outcome.