Business investment - why the lack of confidence?

Simon Smith FCCA assesses why a lack of confidence has hit business investment in spite of the recovery.

After 8 tempestuous years the British economy has left businesses nervous and more careful when it comes to investing in themselves. The ICAEW (Institute of Chartered Accountants in England and Wales) surveyed a group of 500 chartered accountants who act for British companies and found that 70% of businesses have low confidence about the economic environment. This statistic has made many refrain from investing because they want to feel more certain about their prospects before taking the plunge.

Consequently ICAEW business director, Stephen Ibbotson, is encouraging the government to confirm the investment tax relief rates available as soon as possible. His explanation is that whilst businesses have been getting their houses in order, the economy needs to see more from firms then just battening down their hatches. If businesses don’t invest then the recovery could be stopped in its tracks.

The ICAEW’s latest Business Confidence Monitor showed that 17% of businesses felt less confident about their prospects in Q1 2015, up from 7% in Q1 2014. What are the reasons for this?

Prior to the general election many in the private sector were keen to wait out the time of political uncertainty until they knew what the new government planned in the way of tax relief for businesses. This may have been a sensible option as the economic views were quite different between the parties on some issues. That made the potential for change significant and waiting on the election result was a prudent move.

The figures from the survey back up the feeling that it isn’t businesses lack of funds causing the downturn in investment, rather confidence in the economic environment in which they’re operating in is the problem.

Why the lack of confidence?

3. Britain’s relationship with the EU & the Emergency Budget

Will Britain remain part of the EU? A possible “Brexit” would of course impact businesses and for some it could be an expensive change.  What is the future of the euro if Greece exits? If regaining control over monetary policy proves to be a good move for Greece's economy, could others in the Euro follow suit? The EU question remains riddled with uncertainty. 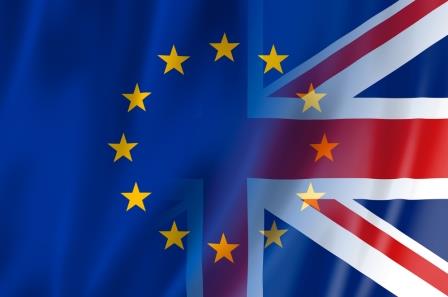 Then there was the newly elected Conservative government’s Emergency Budget. Many organisations would have waited on the Chancellor's tax and spending plans, keen to assess any changes, before considering their capital expenditure options.

The reasons may be explained by the economy undergoing substantial structural change. This is something John Redwood explained in the Financial Times, UK productivity is not so puzzling. Slimming bank balance sheets and their reduced investment activities along with the move away from North Sea Oil production mean the economy is altering in nature quite substantially.

Furthermore the country has a very flexible labour market which has attracted hundreds of thousands of immigrants from Europe. Then factor in the generous tax credit system which encourages part-time jobs. Cheap labour and the generous tax reliefs for it don’t provide incentive and, actually distract businesses from long term based investment decisions.

5. Uncertainty over investment based tax reliefs

A particular point of concern for businesses is deciding when to invest. The Alternative Investment Allowance (AIA) allows companies, partnerships or sole traders to deduct 100% of their qualifying plant and machinery expenditure against their pre-tax profits. Currently the limit stands at £500,000 per annum, but this was set to expire on 1 January 2016 and reduce to £25,000.

Some businesses may well have been waiting on the Chancellor's Emergency Budget to ascertain what would happen with regards to the AIA limit. It will be interesting to see what the uptake figures are for this relief since the announcement that AIA is to be reduced to £200,000 from 1 January 2016. Will there be a rush to make use of the higher allowance limit before the deadline? How aware are businesses of this tax break?

The low interest rate environment that we have experienced for the last 6 years should work in favour of greater business investment spending. That’s because money sitting in bank accounts is not working for a business, so it may be preferable to invest funds in a more tax efficient manner. Bank accounts are only protected for up to £85,000 (per financial institution) should the bank go under, businesses may have spread their funds across several banks making interest earnings even less enticing.

There may need to be a shift in the culture and emphasis of management boards particularly at a corporate level. This could mean a move away from the bonus culture linked to achieving profit targets in the short term. As economist Andrew Smithers argues in the Financial Times, executive pay holds the key to the productivity puzzle, management teams that are focused on hitting immediate profit targets respond to demand by employing more staff. However, this is at the expense of long-term capital investment.

That’s potentially damaging because management’s full focus is on beating various metrics such as return on equity and earnings per share. This determines their careers through the executive ranks. The problem with this is it’s all about keeping profit margins high, almost artificially so.

Such a strategy can be to the cost of other equally important areas of business performance including growing market share and investment in plant and equipment that helps to upskill the workforce. The result may also be bad news for shareholders as a large percentage of a company’s returns end up going to the management team in performance related payments. So while it may raise employment, that comes at the expense of productivity.

This is the situation the UK finds itself in. Output per worker is 2% below where it stood prior to 2008. In the other G7 group of nations it’s 5% higher. Improving productivity is the essential ingredient of growing wages, living standards and economic growth.

Creating the right environment to encourage business investment to achieve this, needs to be a top priority of both the UK government and the private sector. Let's hope the white paper on this matter, "Fixing the foundations: Creating a more prosperous nation", triggers the next phase of growth and improved living standards.