Tom Biggs ACA CTA, discusses the possibility of seeing a Capital Gains Tax increase in the next Budget and what you can do to prepare ahead of time.

The potential prospect of multiple vaccines, to help the UK emerge from the COVID-19 crisis, means the focus of Chancellor Rishi Sunak is shifting to how to sort out the nation’s finances.

There are many potential ways this could be achieved but given the government’s manifesto promise to not increase any of the ‘big three’ taxes; personal tax, national insurance and VAT, options for improving the tax take appear limited.

Speculation is therefore focusing on whether an increase in Capital Gains Tax (CGT) could solve part of the problem. Whether this can raise enough funds is open to question; however, it’s clear the Chancellor is looking to recoup some of the government’s crisis expenditure and this has potential implications for your finances.

Whilst any changes will be announced at the next budget, and that is a while away, now is the time to start planning and preparing. In this post we explore what might change and the potential impact this could have on your wealth.

What is Capital Gains Tax?

CGT is a tax charge that is applied to the profit (or gain) from the sale of an asset that has increased in value. Whilst there are certain exemptions and reliefs, examples of assets that typically CGT would apply to would include:

Such assets are referred to as ‘chargeable assets’.

How much CGT you're liable to pay depends in part on the asset you've made a profit on and which tax band you fall under. For the 2020/21 tax year the CGT rates are as follows, albeit they could change in the future: 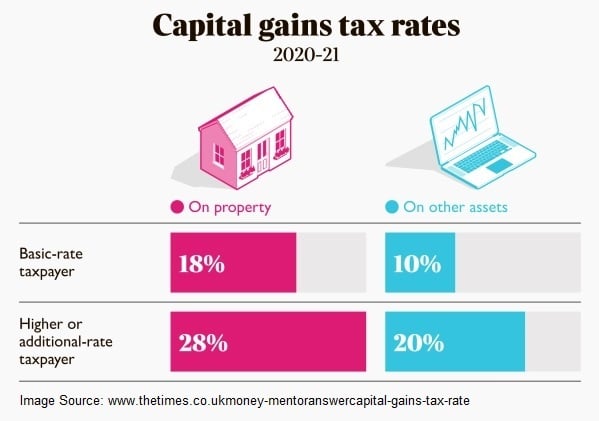 What are the recommendations from the Office of Tax Simplification?

The Alignment of CGT and Income Tax

The Office of Tax Simplification conducted a report that recommended greater alignment of CGT and Income Tax rates. This would mean a substantial increase for higher earners as well as a slightly smaller rise for basic rate taxpayers. To recap, current income tax bands are as follows:

Given the value of capital assets and the potential gains that are taxable, an alignment of CGT rates to the income tax rates above will likely result in a significant increase in the amount of tax payable under what is essentially the same underlying transaction.

Another key OTS proposal was to lower the CGT tax-free allowance from £12,300 to £2,000 per annum which would result in a reduction in the number of people who are exempt from CGT.  This would potentially have the knock on effect of increasing the number of people then being dragged into the self assessment tax system. The OTS also suggested reducing the number of CGT rates from 4 to 2. 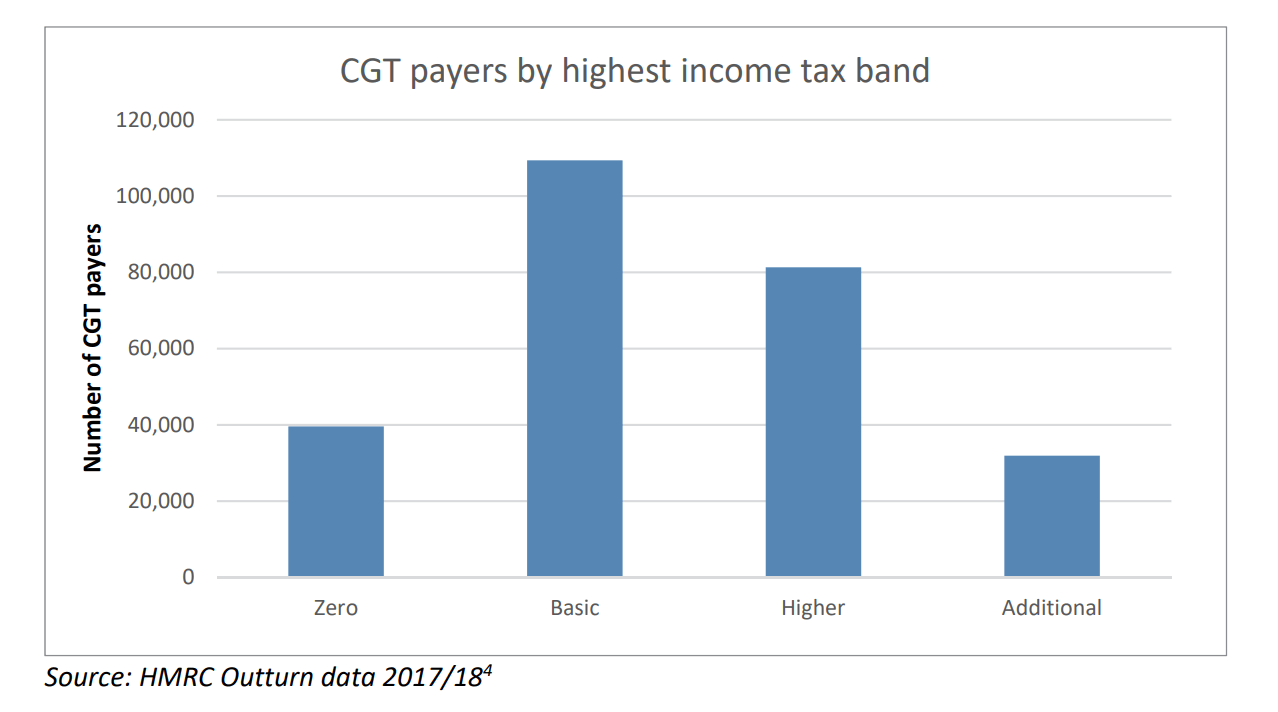 The potential impact of the OTS report

The reality is the reform of CGT is likely to lead to tax rises. However, the government could find itself treading a fine line between a return to economic growth and tax reforms that could potentially harm the incentives to take risks, invest, and establish enterprises.

Should the government implement these recommendations, the impact could be as follows:

Given all the tax changes landlords have had to navigate in recent years, this would be yet another one that could stifle the buy-to-let property market. MoneyWeek sites Hamptons, Aneisha Beveridge's calculations where the reduction in the CGT allowance to £5,000 along with a rates increase akin to income tax, then a landlord who is a higher-rate tax payer selling for a gain of £69,000 would see their tax liability rise 61% from £15,880 to £25,600.

When it comes to business owners, the OTS is grappling with the issue of whether an owner should benefit more from accumulating trading profits in a company to then sell it and pay CGT on the proceeds. This is as opposed to someone who instead pays themselves a combination of salary and dividends from the profits of their business.

The issue here is CGT is being used by some in a manner in which it wasn't originally intended. The argument is that individuals are effectively able to convert what would otherwise be income into capital, and thus benefit from lower tax rates. A prime example of this can occur where a contractor, for example, can work through a limited company, known as a personal service vehicle.

Whether the government will create reforms to address this issue remains to be seen given how many businesses have been hit so hard by the pandemic. It could prove financially harmful to a business community just getting back on its feet following the pandemic.

The OTS recommends scrapping investors' relief. Currently this reduces the tax rate on gains from the disposal of ordinary shares to 10% for higher rate taxpayers. Such a move combined with a reduction in the tax free allowance could result in around half a million more people falling into the CGT net.

It is therefore this group who are most likely to incur more tax as a result of potential CGT reforms.

Currently the sale of shares acquired by employees through share incentive schemes can potentially give rise to CGT on the gain. The OTS recommendation is that consideration should be given to taxing share-based rewards as a result of employment through income tax as opposed to CGT on sale.

4. The beneficiaries of estates

In 2019, the OTS reviewed Inheritance Tax and recommended that the tax-free CGT uplift on death be terminated. This suggestion has been repeated in the most recent report.

The impact of this is it encourages people to delay the transfer of assets until death meaning useful assets can be locked up for a long period of time.

The OTS idea is that there would be no tax-free CGT uplift where the asset is not subject to Inheritance Tax.

In the event that there is a change to the CGT base cost uplift on death, the beneficiary would acquire the asset at the same base cost as the benefactor (£250,000 from the above example).

This may encourage transfers during people's lifetime which might be more beneficial to businesses, individuals, and the economy. However, it would present practical problems that would need to be considered such as valuations where records of prices paid for assets have not been retained.

Last year saw big changes to Business Asset Disposal Relief, previously known as Entrepreneurs' Relief, with a decrease in the lifetime limit from £10m to £1m. Now the OTS is suggesting the complete removal of BADR and in its place a retirement relief for business owners.

This is to recognise that some business owners are likely to build up the value of their organisation in order to fund their eventual retirement. By recommending this the OTS are in effect stating that BADR doesn't encourage entrepreneurial activity and risk taking.

Retirement relief would work whereby business or farming assets aren't subject to CGT where the person selling them is aged 55 or over and has used said assets for 10 years prior to their disposal.

Protecting yourself and preparing for change

Although we won’t know for certain what changes will be implemented until the Budget is announced next year, it’s imperative that you prepare in advance. Given the amount of government expenditure due to the pandemic, it’s highly likely that at least some change will take place.

Be sure therefore to get in touch for advice on:

The content of this post was created on 27/11/2020.
Please be aware that information provided by this blog is subject to regular legal and regulatory change. We recommend that you do not take any information held within our website or guides (eBooks) as a definitive guide to the law on the relevant matter being discussed. We suggest your course of action should be to seek legal or professional advice where necessary rather than relying on the content supplied by the author(s) of this blog.